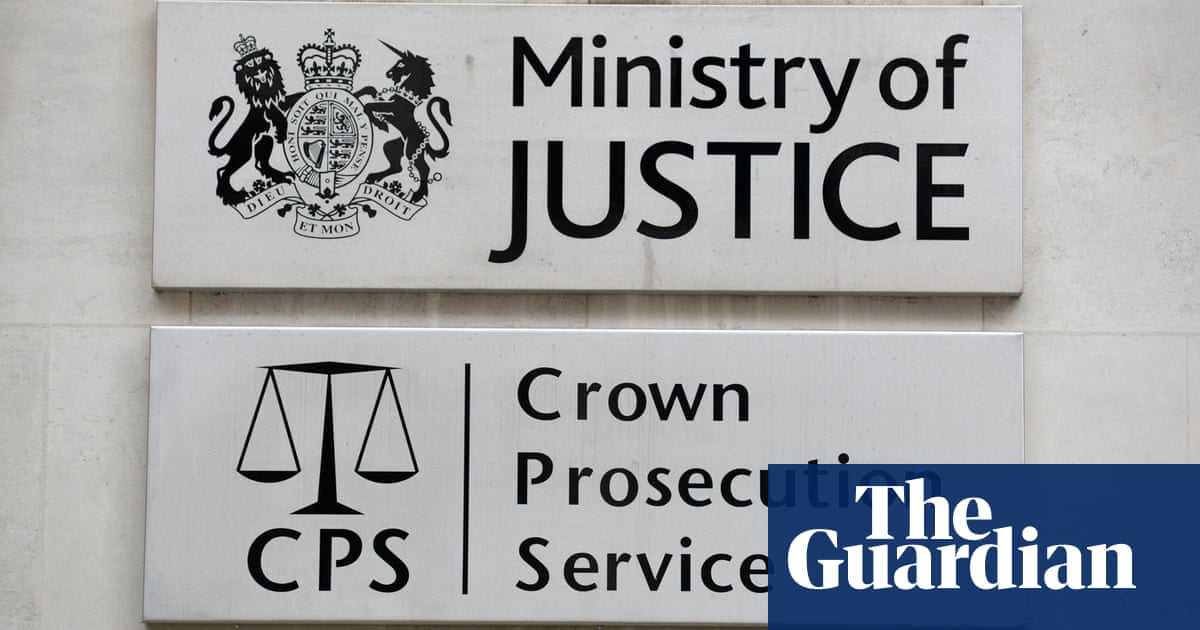 Rape cases where a woman was held at knife point, a film of an attack was found on a suspect’s phone and an alleged perpetrator admitted the offence in text messages are among those dropped by the Crown Prosecution Service, documents shared with the Guardian reveal.

The details have emerged in papers that are to be submitted to an ongoing government review of how rape is treated throughout the criminal justice system. They include statements from dozens of rape victims whose cases were not prosecuted and an account by a CPS whistleblower.

Reported rapes have increased steadily over the past decade and more than 58,000 were recorded by police in England and Wales in 2018/19. However, charges, prosecutions and convictions for rape in cases brought by the CPS have fallen to their lowest levels in more than a decade. The decline is a key area of inquiry in the review.

The previously unpublished evidence and detailed legal arguments, shared exclusively with the Guardian, have been compiled by End Violence Against Women (EVAW), a coalition of women’s groups, and passed to justice secretary Robert Buckland, chair of the Criminal Justice Board that established the review.

In an unusual move, EVAW will publish the documents ahead of a fresh legal challenge against the CPS. The group will mount an appeal over whether the prosecution service adopted a secret policy in rape investigations to drop supposedly “weak” cases in order to boost conviction rates.

Whistleblower testimony, which is included in the documents published today, details how CPS prosecutors were allegedly given guidance at training workshops on how to meet conviction targets with “the removal of hundreds of ‘weak’ cases from the criminal justice system which are less likely to find favour with a jury”. The whistleblower claimed the guidance had led to a risk-averse approach to the prosecution of rape, where myths and stereotypes could lead prosecutors to drop cases.

The dossier of rape cases where the CPS reportedly declined to bring charges includes one case where the CPS gave the fact that the survivor had “enjoyed an adventurous sex life” as a reason not to charge.

Earlier this year, the high court denied the EVAW coalition permission to pursue their case to go to a full hearing. The court of appeal has now agreed to hear an appeal against that decision.

At issue is whether the CPS adopted a substantive policy, not acknowledged publicly, in late 2016 to adopt a target of 60% of charged cases resulting in a conviction or if, as the CPS claims, its internal refresher training sessions for prosecutors were merely a “gentle touch on the tiller”.

EVAW alleges that the “merits-based” approach of pursuing all cases where there is credible evidence has been replaced by a “bookmaker’s test” approach where they guess the probability of a jury convicting on the evidence and become reluctant to press ahead with more difficult rape cases.

In the hearing this March, counsel for the CPS denied that there had been a change in policy, stating that: “The fall of conviction rates is due to a far wider range of factors involving the police that are now the subject of a government review.”

There has been a “precipitous drop” in prosecution rates for rape, falling to their lowest level in a decade despite a sharp increase in the number of cases being reported to police.

A review of the latest CPS charging statistics included in the evidence submitted show only one in three rape cases resulted in a charge between April and September 2018.

Others, including a controversial report from Her Majesty’s Crown Prosecution Service Inspectorate (HMCPSI), have blamed the steep decline on lack of police and CPS resources due to austerity cuts as well as the massive increase in workload involved in most cases due to the availability of digital downloads from complainants’ and defendants’ mobile phones.

The collapse of a series of rape cases in 2017 also raised concerns about whether sufficient effort was being put into disclosure of crucial evidence – further adding to the burdens on officers and prosecutors.

The documents released online on Tuesday are part of the claim submitted to the court in March. Because that hearing was halted at the preliminary, permission stage much of it has not been widely publicised.

Sue Hemming, CPS director of legal services, said: “We share the concerns about the gap between reported rapes and those cases which come to court. However, the judgment of the High Court was clear: there has been no change of approach in how CPS prosecutes rape. They found that there was no arguable basis for EVAW’s claims.

“The independent inspectorate report on rape found the same, concluding our legal test was correctly applied in 98% of cases they examined.

“We are focused on understanding the charging gap and will shortly announce further plans to help secure justice for everybody affected by sexual violence.”

EVAW has previously been highly successful in challenging legal decisions, notably over the police’s failure to carry out effective investigations into victims of the serial sex attacker John Worboys.

A spokesperson for the Ministry of Justice said it has committed to publishing an action plan in relation to the end-to-end review this year and it will respond to the letter in due course.

ABOUT US
At Times of Britain we cover topics like tech reviews, lifestyle, business, fashion, gaming, cars and others. Our goal is to provide correct and updated information.
Send us your stories/questions : editor@timesofbritain.com
FOLLOW US
Copyright © 2020 Times of Britain
MORE STORIES
0